I hadn’t seen this person since August last year, at which point I was probably about a week pregnant and didn’t know it, I’ve also got engaged since then and finally feel more settled living in a new town; yet this is the greeting I get. “Is it a big baby then?” not “Let’s see the ring” or “How’re you feeling?”, not even a comment on my lovely bump, which at 34 weeks I was really excited to show off in my new “party dress”.

I don’t think I’d feel so irked if that was the only occasion that day it’d been said, or the only time during pregnancy I’d heard this myth being perpetuated by someone I then attempted to educate. However, if I’m being honest with myself, I’ve known since before I even met Matt that when the time came for me to become a Mumma, I’d have to “manage” hearing people’s thoughts on the giant baby I’ll give birth to because I have Type 1 Diabetes. What I hadn’t prepared myself for was how offensive I would find having that assumption thrown in my direction. I appreciate the people saying it often don’t know an awful lot about Type 1 Diabetes, and this is why I take a deep breath, bite my tongue and then attempt to help them understand. I, unfortunately, have to do that without trying to elicit an apology from those people for the feelings their comments stir up in me, which sometimes impact me massively.

This far too common misconception comes from the fact that many women with any type of Diabetes are often induced or have a C-Section between 37 and 38+6 weeks into their pregnancy. Historically the reason for this has been given as Fetal Macrosomia, which the Mayo Clinic describes as;

“a newborn who’s significantly larger than average. A baby diagnosed with fetal macrosomia has a birth weight of more than 8 pounds, 13 ounces (4,000 grams), regardless of his or her gestational age”.

And of course it is one of the potential risks women with any type of Diabetes faces when pregnant, it is also one of the primary risks that motivate us to achieve those blood glucose results that resemble a straighter line than that of someone without Diabetes, often before we even fall pregnant. It’s also one of the things that potentially scares us about becoming Mumma’s when we start planning a pregnancy, so there’s a lot of emotion tied up in the big baby misconception. The truth of the matter is, that whilst it is a risk women with Diabetes face when pregnant, it is one that doesn’t automatically apply. Many women with Diabetes, Type 1, in particular, have babies of an average size and weight, who grow consistently and steadily throughout pregnancy because we are equipped to manage our blood glucose to within an inch of its life. This is something I did prior to pregnancy and my micromanagement has stood me in very good stead for the demands pregnancy would place on my T1D. I won’t sugar coat it; it is hard work (and that’s coming from someone’s who hasn’t really changed their approach), pregnancy will throw variable insulin sensitivity, resistance and possibly some new hypo symptoms to name but a few; at you BUT that’s no different to T1D without pregnancy and it’s a little easier to work through those challenges when you know the most likely reason behind it.

The risk of a big baby isn’t only confined to women with Diabetes, I know people that have had 10lb babies and there are no pancreatic failings within their lives. Just as I know women who’ve had to be induced or have a c-section before they reach full term because there are risks to them or their baby if they don’t do so. Ultimately pregnancy is an unpredictable time in our lives and we have no control over it – diabetes or no diabetes.

I want to touch very briefly on some of the other reasons for Mumma’s with Diabetes being advised to deliver before they reach full term, (because I appreciate too much detail isn’t for everyone, I will leave it up to you to look them up in more detail yourselves). Put simply; it’s down to maximising positive outcomes for Mumma and Bubba and among those include avoiding placental failure, shoulder dystocia and stillbirth, these are of course in addition to the usual risks any pregnant woman may face towards the end of her pregnancy.

So, why am I so offended when people assume I’m having a giant baby? The fact that I’m not is reason one; Moomin has a nice, steady, consistent growth right down the middle of

I should probably know more about what those acronyms mean….

the centiles, (the only time in our child’s life Matt and I will concede to using the word “average” in relation to our exquisite little human), at our 32 week scan they estimated Moomin to weigh around 4lbs – hardly giant. For me though, the more emotive reason I feel offended is because of all the hard work that has gone into keeping my baby safe and as unaffected by my Type 1 Diabetes as possible. The tears I’ve cried through the days of massive insulin resistance fearing my high BGs would impair my darlings development, the relief I’ve felt when putting even harder work and persistence into bringing those BGs down finally pays off. To summarise, to me when someone talks about me having a big baby it feels as if I’m being accused of not doing my absolute best for my child. I know I have been, I know I still am and I know I will continue to do so for as long as there is breath in my body. I also know the people saying these things say them from a place of misunderstanding and that needs to change within society at large.

I’ll keep chipping away at that where I can and I hope you’ll all join me in helping to dispel some myths and increase awareness when you have the opportunity.

In the meantime Thanks for reading my little rant.

Images are copyright of the Author and courtesy of Google Images.

Join 1,539 other subscribers
Follow What Niki Did Next on WordPress.com

Just sitting in a tree displaying my pancreas..as you do 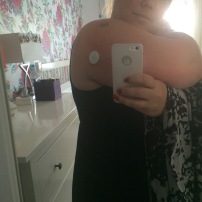 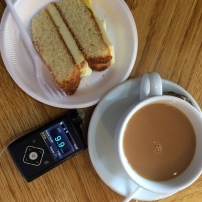 An attempt at body positivity 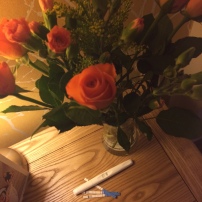 So many tests and some lovely flowers from Daddy to be